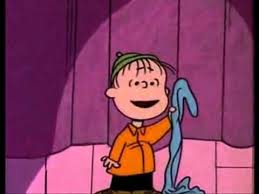 Posted by Thomas Lalli Foster at 4:26 AM No comments: 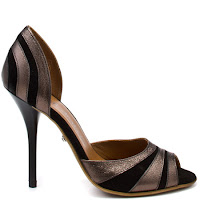 Watching 1970s TV for my series on Pop Matters, it felt vaguely like walking the site of a war crime.  As a film buff I'd heard the stories, perhaps most memorable was Christine Lahti's, of a proposition rebuffed when she was young and struggling.  The showbiz sleaze told her, "You'd better do something, you're not that pretty."

The misogyny of Hollywood leaves traces, if needing translation (the examples remembered offhand): Joan Crawford and Bette Davis were each subject of an accusatory book by an adult daughter.  Veronica Lake was America's object of desire in the mid-1940s; in the early '60s she worked as a cocktail waitress.  Rita Hayworth and Grace Kelly fled to marry Arab princes.  With Three's Company on top, Suzanne Somers wanted a raise: she was fired and blackballed.

In 1966, Grace Lee Whitney played Yeoman Janice Rand on Star Trek even as she spiraled into alcoholism and prostitution.  She later found religion, becoming a substance abuse counselor (Trekkies always treated her as regular cast, though she appeared in only a few episodes).  In her candid autobiography (The Longest Trek, 1998), Whitney elaborated on her early exit from the Enterprise, alleging a sexual assault by an executive.  She took that man's name to her grave, presumably to protect a franchise loved by millions.

The recent revelation that disappoints me is Quentin Tarantino, though his sins are (apparently) of omission.  I couldn't help thinking of Kill Bill, his least assured film: hypocrisy takes a toll.

Some say we're in a witch hunt -- they're right.  Without due process, there's a vigilante aspect, and there will be unintended consequences, and regret.  (We can only wonder what would've happened, had Hillary Clinton been elected president: hell has no fury like millions of women scorned.)

Some say The Sopranos (for example) trades in the noble outlaw, but we buy the myth because nobility is lacking in other quarters.  In the U.S., we punish the guilty with the acuity of a darts game before last call.  As the law quails before money and power, the capitalist badlands (sometimes) have room for frontier justice.  Hang 'em high.

Posted by Thomas Lalli Foster at 2:09 PM No comments: