everything has a reason: Clinton-Lewinsky Scandal, 1995-99 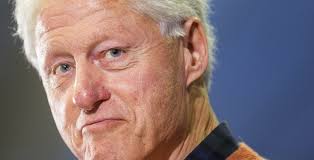 In his introduction to When Presidents Lie (2004), author Eric Alterman explains his inattention to Bill Clinton, whose lies should've been


"no one's business but that of the liar and his intimates. ... Clinton lied publicly ... only because he was being pursued by a fanatical group of politicians and ideologues who sought -- with the unlimited resources of the Independent Counsel's office -- to make his private life public, something that had happened to no previous president ... Clinton lied about his adulterous behavior to spare himself and his family further public humiliation."

If the above is true, there's still something missing: after many years doing a pretty-good-job covering his adulterous affairs (little or no incriminating evidence such as photos, letters, etc.) why did Bill Clinton get stupid?  Why did he cheat not only in the White House but the Oval Office, making revelation radioactive?  Why with a woman too unworldly to be trusted with secrets?  There's no avoiding, it wasn't Monica Lewinsky's great beauty.  We can assume people, even presidents, have discreet sex in the White House (the following from the White House Historical Organization):


The site chastely omits bedrooms, but per this Quora thread, there are at least 11, depending on utilization.  A Business Insider list adds such features as the Workout Room, Family Theater (42-seat), Solarium and Private Study.  FYI: in 1997 the Clinton Administration set a record with 36 Christmas trees in the White House.

Less-touted: the Kennedy Administration employed "Fiddle and Faddle," two secretaries who serviced the president.  Granted, scrutiny has increased greatly since the early 1960s, but Bill Clinton knows to find the quiet corner of a sprawling mansion.  Like any president, he has a Secret Service detail sworn to protect him and his secrets.

So: do lust and hubris sufficiently explain Clinton fooling around, in the Oval Office.  With a starstruck 22 year-old.  Who'd attended Beverly Hills High School. Whose mother had written a "gossip biography" (per Wikipedia) on The Private Lives of the Three Tenors, dropping hints she'd had an affair with Placido Domingo.

Alterman is right: Ken Starr was out to get Bill Clinton on any pretext.  As I noted in a piece for Pop Matters, Clinton was an existential threat to the Republican Party, because he re-branded Reaganism as Democratic and hip.  None of which explains delivery of a sex scandal with a big-red-bow.

As in my last post, on the selection of Sarah Palin in 2008, I'll propose a "motivation theory."  First, a few disclaimers:
Our chronic resistance to the twilight of consciousness is reflected in our vocabulary and rhetoric.  The suggestion "New Orleans effectively cleansed itself of poor people by its lack of preparation for Katrina," will likely be challenged: "Are you saying it was conscious?"  Well, waiting on that knowledge delays the charge indefinitely.  Casual talk is more likely to concede reality, as in "accidentally-on-purpose."


"The live coverage of the (1974) SLA/Watts shootout.  There had been much speculation about (Patty Hearst's) innocence and the political implications ... (but) the viewing audience came to the realization of the criminal acts of the SLA."

In 1994, the media-savvy ex-running back inverted the SLA shootout, thus painting himself a victim of fate and the LAPD.  In the wake of Daryl Gates and Rodney King, Simpson effectually staged a long, sympathy-generating perp-walk.  (Edit, 8 July 2018: After her career as a bank-robbing terrorist, heiress Patty Hearst was sentenced to seven years in prison; the sentence was commuted after 22 months.)

What if Bill Clinton had committed a crime(s) worse than a failed real estate deal or running around on his wife?  In any case, his administration was mired in scandal by 1995, investigated not only by the Independent Counsel but both houses of Congress.  In October, the Senate Whitewater committee issued 49 subpoenas.  In November, Clinton began his affair with Monica Lewinsky.  In January 1996, Hillary Clinton was the first wife of a sitting president to be subpoenaed to testify before a grand jury.

President Clinton had no reasonable way of stopping Ken Starr, or he would've done so.  Consciously acknowledged or not, the Lewinsky scandal might have been least-of-evils: a distraction so spectacular as to stop Starr's investigation, for the same reason a gorged python stops eating.  The affair revealed, Bill Clinton was subjected to scorn and condemnation -- but also sympathy and forgiveness.  And as difficult as impeachment was, it had relatively little to do with shady loans, or with Juanita Broaddrick, Paula Jones and Kathleen Willey.

Bill Clinton, like O.J. Simpson, was acquitted.  He then completed his second term.


1. In psychology known as Dual Process Theory.
2. In February 2015, in his speech on race and law enforcement at Georgetown University, then-FBI Director James Comey noted "much research points to the widespread existence of unconscious bias," but also, "racial bias isn't epidemic in law enforcement any more than ... in academia or the arts."
Posted by Thomas Lalli Foster at 3:41 PM No comments: